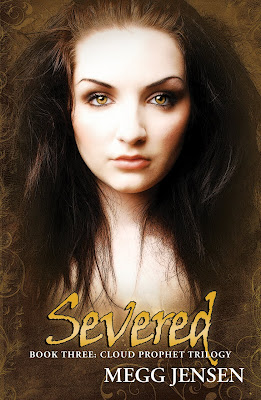 DarkSide Publishing and author Angela Carlie are excited to reveal the cover for the upcoming first book in the Lords of Shifters series, titled Loramendi's Story. Look for Loramendi's Story coming this summer! Be sure to add it to your Goodreads 'to-read' list and stay with DarkSide for more information regarding release dates! 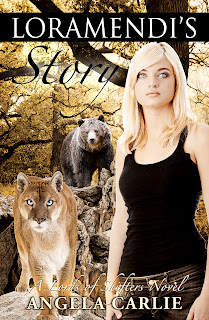 Posted by Karly Kirkpatrick at 11:12 AM No comments:

What is your favourite book?
The Portrait of Dorian Gray by Oscar Wilde

Favourite author?
I have several favourites according to genre, but at the moment my favourite is Trudi Canavan.

What is your favourite thing to write?
I love to write, full stop, and I write stories and poems. My stories are magic realism (often set in this world with a contrasting other) and my poems are on just about anything.

How long have you been writing?
I’ve been writing since I was really little, and my fondest memory was when I was 8 or 9 and I read a Captain Underpants book and then started to write my own with the thumb and finger flicking things.


Keep an eye out for LUMEN, Joseph's upcoming debut novel! Very eye-catching cover!
Posted by Karly Kirkpatrick at 7:00 AM No comments:


What is your favorite book?
Oh boy. That's a toughie, but I have to choose Pride & Prejudice.

Favorite author?
Jane Austen. Hands down. I've read so much of her work. Sarah Dessen is another. God those books are cleansing to my soul. More recently, Cassandra Clare has become a favorite of mine.

What is your favorite thing to write?
I started off writing poems during middle school, but upgraded to stories the summer of freshman year. Ever since then, I've focused on novels. My favorite genres (because I can't pick only one) are paranormal, dystopia, and realistic fiction (all YA too.)

How long have you been writing?
I've been writing novels for five years and I don't seem to be slowing down, nor do I plan on it.

You can check out more about Samantha and her writing on her blog:
www.writelovelivelaugh.blogspot.com

And here is an excerpt of her YA novel, Trails of Blood:

Citizens of Mordere line the paved streets of its capital, Palum. There faces reflected in the moonlight show their eagerness at the upcoming words. The stand in perfect stillness, only the young muttering in the silence. Movement stirs within the crowd. Heads tilt upwards at the figure standing at the edge of the balcony ten stories above. The humans cannot see his face, but they know it well enough to see the eagerness and determination in the cold red eyes. They need not hear his words. In fact, he does not speak aloud. Instead, he reaches out to each and every one of us through our thoughts. Vampire and human alike.

“Comrades, today marks the beginning of our victory. Just hours ago, our forces dealt a devastating blow to those vermin along the boundary line. We lost fifty-two soldiers, loyal and true to our cause, but they lost well over five hundred. The dead are still being counted then burned.

“We will strike again and again, making them weaker and weaker will every death they experience. Their blood will run through the streams of their cursed land and soak in the soil we trample over. We will not stop until victory is ours!”

The noise from the crowd is deafening, but none care. Children scream alongside parents, utter joy on their faces. The entire country feeds off the bloodshed that started so very long ago. Few are still alive from the time when war did not consume Mordere.

One by one the citizens return to their homes. Music and laughter begin to seep out from the apartment homes that line the streets. I stand alone, my eyes on the turned back of the King. He still stands on the balcony of his home, the largest and most fortified home in Palum.

“What a rousing speech. Wish I would’ve missed it.”

I look over my shoulder and into the shadows. “If you had wanted to, you would’ve, brother.”

He enters the street, appearing from the darkness as if manifested of it. “Alastair uses these gatherings to his advantage. It boosts the morale. No one would fight his war without a little strategic manipulation.”

My brother snorts. “I don’t need to be given a reason to kill. The people of the cursed country do.”

“Was it true?” I ask, walking away from the center of the city. He follows in step.

“And Yalan finished it. How many were killed?”

”For us, three hundred. For them, fifty.”

I let out a curse. “Alastair goes too far, Kendrick. This needs to end. Now.”

I stop and turn to him. Kendrick meets my gaze without falter and I know he’s agreed to my decision. Six months ago, he called me asinine and refused to be persuaded. What had changed his mind?

“To Lamia?” he inquires in an even tone.

I give a curt nod. “To Lamia.”
Posted by Karly Kirkpatrick at 7:00 AM No comments:

All DarkSide Publishing titles are available at Amazon.com, Amazon.co.uk, Amazon.de, BarnesandNoble.com, and Smashwords 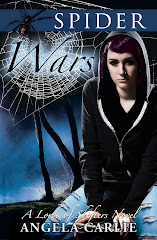 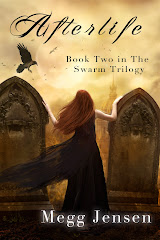 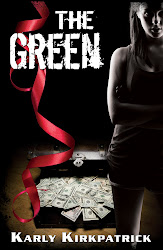 Darkness Rising, Book 2 of the Into the Shadows Trilogy 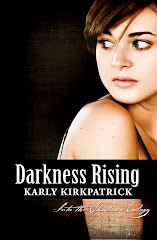